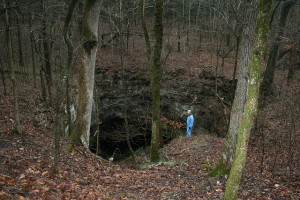 March saw the first anniversary of the site as well as the unveiling of a connection with the National Speleological Society and the release of a new Caving News Widget.

There was lot of interesting news in March, some of the exciting news that didn’t quite make the top 10 includes, the trip to New Zealand’s Stormy Pot that saw it come very close to a connection with Nettlebed Cave System, the new caves discovered in Vietnam’s Phong Nha-Ke Bang National Park, and the caving expeditions to northern Laos and Papua New Guinea.

Now, without further ado, here are the ten most popular articles that appeared on caving news in March 2012, ordered by the number of views.