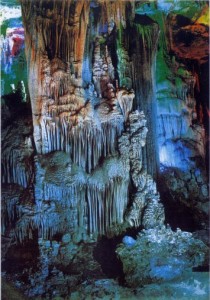 The week-long trip led by Dr. Howard Limbert, was joined by Mr. Ho Khanh, who discovered Son Doong Cave, which is also located in the park.

First discovered in 1991, it wasn’t until 2009 that a group of cavers from the British Cave Research Association visited Son Doong Cave and conducted a survey. According to their results, the largest chamber of the cave is over five kilometers (3 miles) long, 200 meters (656 feet) high and 150 meters (492 meters) wide, making it the world’s largest cave discovered so far.

The newly discovered caves, which were given names such as Gio (Wind), Con Chay, Ky and Hai Cua (Two Doors), are located in remote areas of the park and are said to contain many beautiful stalactites.

British cavers are working on surveying the new discoveries.