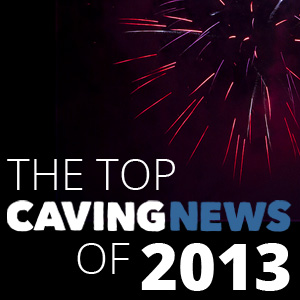 From new discoveries in South Africa, to the opening of Indiana Caverns to rave reviews, Caving News has covered all sorts of exciting news stories this year.

Before we say goodbye to 2013, let’s take a moment to count down this years most popular articles of caving news, ordered by the number of views.