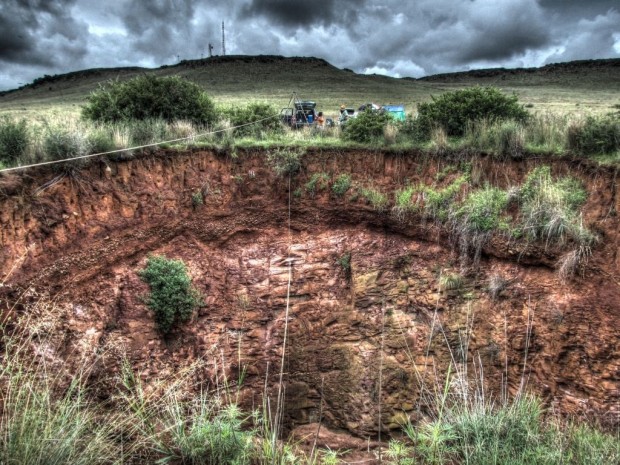 A sinkhole first discovered in the ’90s has, since January this year, yielded new passages leading off from a massive chamber.

Experienced cavers of the South Africa’s Speleological Exploration Club have so far climbed, traversed and rappelled the tortuous main passages to just over 700 metres (2,300 feet) – small by comparison with SA’s longest cave at almost 17 kilometres (10.5 miles) – but hope to extend this explored and surveyed distance in many future trips. It has been found to be South Africa’s deepest cave. 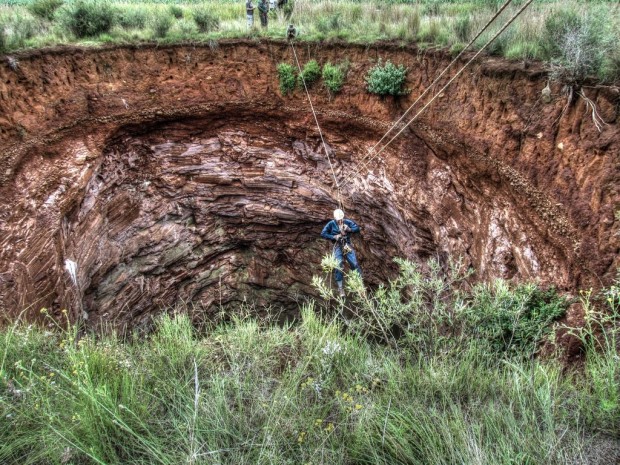 The North West Province cave is not for the faint-hearted: it has a vertical entrance shaft over 50 metres (164 feet) deep – the height of a 16-story building. Then the explorer scrambles and climbs down a very slippery scree slope of sharp rocks to stand in awe at the massive first chamber which is 150 metres (492 feet) long by 50 metres (164 feet) high. From there the caver is faced with several vertical drops and hard climbs as the main passage gets ever deeper to its record depth so far of 236 metres (774 feet) – the equivalent of a 78-story building.

This is a very difficult cave because the floor and walls are very friable, which makes safety concerns foremost in everyone’s minds and slows the exploration. We are excited to have increased the depth record, which has stood for over 40 years, by almost 30% so far. As it is such a difficult cave to explore we have named it Armageddon Pot. John Dickie, Honorary Chairman of SEC and one of this cave’s principal explorers

Further exploration and surveying is ongoing and expected to continue for the whole of this year. 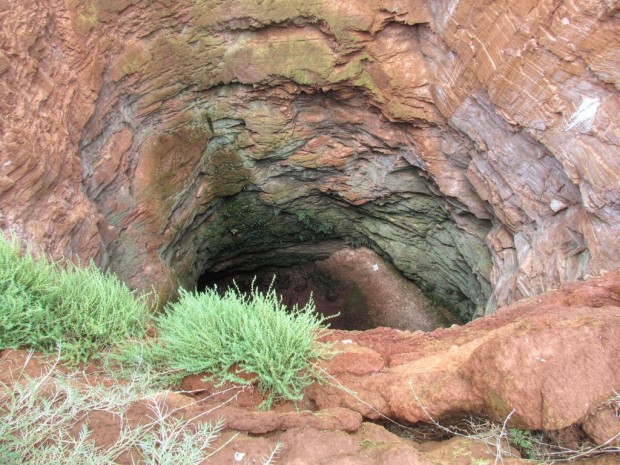 For the geologically-minded, this cave is in 2.3-billion year-old dolostone which, in addition to being highly-leached, was severely fractured by the Vredefort impact and has been subject to very localised vertical upheaval.

SEC has been exploring and surveying caves since 1954 and has found over well over 600 caves in South Africa and other African countries.

About Dave Ingold
After Dave's first wild caving experience in the UK at the age of 15, in 1959, he was hooked for life. Although he now tends to do more photography, he still loves caving.
Sorry, comments have been closed.