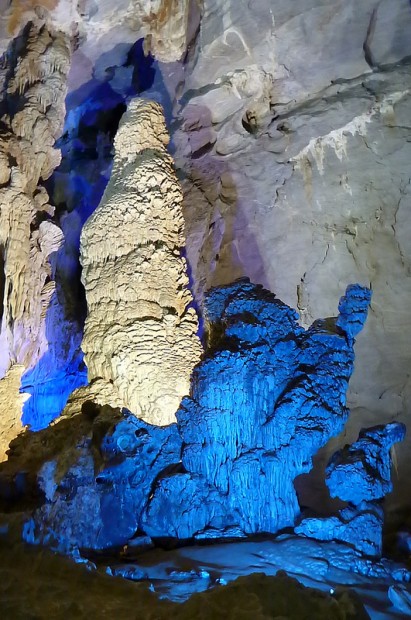 Inside the Vietnam’s Phong Nha Caves. Photo by Mountain/\Ash/flickr

It’s time for a review of the ten most popular tidbits of caving news published on Caving News in the last 30 days.

This monthly recap gives you, our valued reader, a chance to see what other readers found interesting, and to allow you to catch anything important you may have missed.

January was an interesting month, with all sorts of interesting news and a some great comments in the new “Ask Cavers” posts. If you haven’t already, check out the riveting stories from cavers telling of the most unexpected situations they’ve experienced.

This month also saw the first reports on this winters new White-nose syndrome infections with bats at Mammoth Cave National Park and Missouri’s Onondaga Cave State Park being confirmed for the disease.

Finally, January seemed to be a pretty accident prone month. Although some folks were successfully rescued, far too many cavers and cave divers lost their lives. Take their misfortunes as a lesson and remember to be careful out there.

Now, without further ado, we count down January 2013’s most popular articles of caving news, ordered by the number of views.