Swedish Cave Diver Dies in Hospital After Incident in France 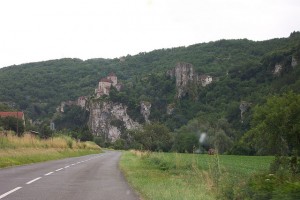 The Landenouse Resurgence is located in the Lot Valley. Photo by RuTemple/flickr

A Swedish cave diver died in hospital on Monday, January 28th after an incident while diving in the Landenouse resurgence between Cadrieu and Cajarc in southwest France.

Reports indicate that the victim, a 30-year-old doctor from Stockholm visiting the area for a week of caving diving, was part of a team of four divers exploring the cave when he was sucked into a siphon by the strong current.

Stuck in the passage, his arm blocked and hindered by his respiratory equipment, the man could not free himself. His companions did all they could to save him, but during one of their attempts, he was carried further away and pinned him at the bottom of the basin.

Eventually extracted from the water in cardiac arrest, over a dozen firefighters performed CPR for an hour and a half before the caver was transported to the hospital in Cahors, where he died shortly before 6:00 pm.