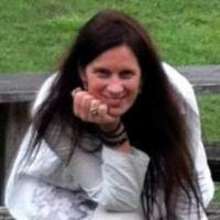 An Italian cave diver died over the weekend after an incident while diving in Covolo Veci, one of the two active branches of northern Italy’s Oliero cave system.

The cave diver, 45-year-old Chiara Stella Assolari, has just began a dive last Saturday afternoon when she ran into trouble.

The two companions she was with report that only a short distance under the water she spit out her regulator and rejected attempts by them to help her. She then apparently lost consciousness and they immediately brought her to the surface where their efforts to revive her failed.

It is speculated that the woman suffered a sudden illness which led to a fatal panic attack.

An autopsy has been performed and Local Police and Fire officials are now conducting an investigation to determine the cause of the unfortunate accident.