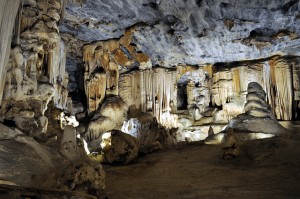 That’s right folks, it’s the end of November, and soon begins what promises to be the most festive month of the year.

Now, before we get in too much of a holiday mode, let’s review the top ten most popular news items on Caving News in the last 30 days.

This monthly look back gives you, our valued reader, a chance to see what other readers found interesting, and to allow you to catch anything important you may have missed.

So let’s delve right into November 2012’s top ten most popular articles of caving news, ordered by the number of views.