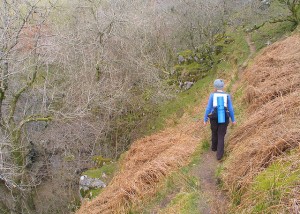 Hiking in Lancashire’s Leck Fell. Photo by Phil and Pam

Members of Yorkshire’s Cave Rescue Organisation were called to their 65th incident of the year on Friday after a caver was caught under a ‘substantial’ rockfall.

A 50-year-old caver was in Shep Pot, an active dig in Lancashire’s Leck Fell, with another caver when the collapse occurred.

With injuries sustained to his shoulders, ribs and leg, he was able to get free and make his way back up the first 8 meter (26 foot) pitch with the help of his caving partner. The uninjured caver then continued to the surface where he called for help.

While on their way across the moor to get to the cave entrance, the first CRO team encountered the casualty. He had managed to exit the cave under his own power and was slowly making his way towards them. He was then accompanied back to the road.