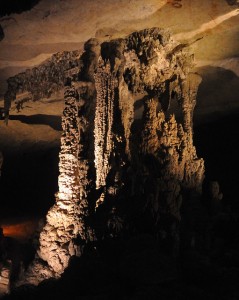 This monthly look back gives you, our valued reader, a chance to see what other readers found interesting, and to allow you to catch anything you may have missed.

Although they didn’t make the top ten list, perhaps some of you recently took part in the Halloween events in caves such as the first annual Trick or Treat at Tennessee’s Cherokee Caverns.

Now, without further ado, we present the ten most popular articles of caving news that appeared in October 2012, ordered by the number of views.