The first white-nose syndrome map update of 2015 comes following the announcement of Pseudogymnoascus destructans, the fungus that causes WNS, being detected in a cave in Wisconsin’s Dane County. 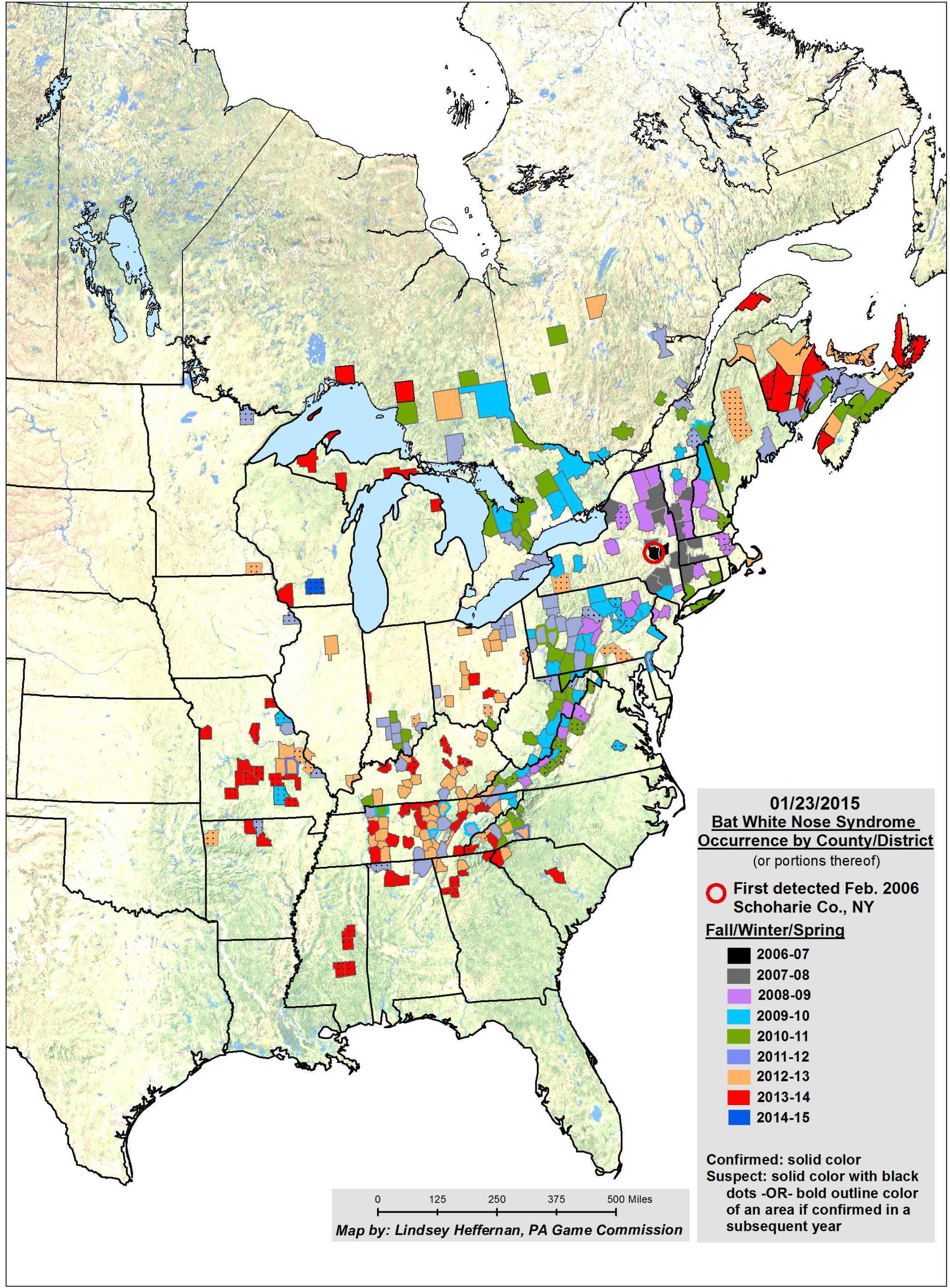 Produced by the Pennsylvania Game Commission, the map shows the confirmed and suspected occurrences of WNS by county/district from its initial discovery in 2006 through January 23, 2015.

It includes the five northern Michigan counties which, after first being discovered with WNS in late winter 2014, are already beginning to experience mass die offs of bats.