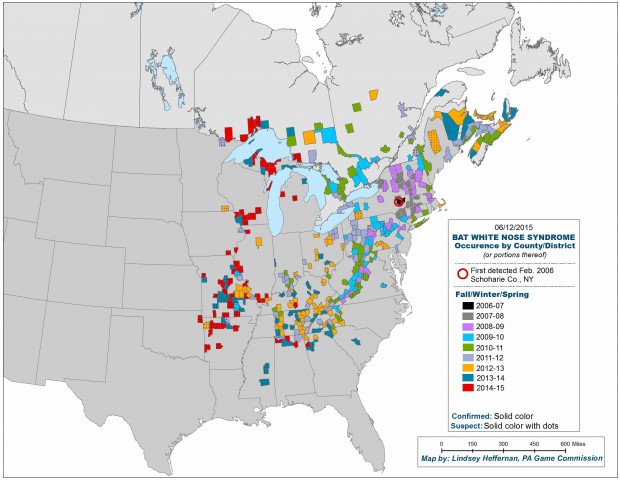 Marshall and Limestone counties in Alabama were added as confirmed, while Colber county received a suspect tag.

Michigan’s Marquette county has been upgraded to confirmed.

Produced by Lindsey Heffernan of the Pennsylvania Game Commission, the map shows the confirmed and suspected occurrences of WNS by county/district from its initial discovery in 2006 through June 12th, 2015.