Delta County, Michigan is the newest confirmed jurisdiction after it was added during the latest white-nose syndrome map update released on April 29th. 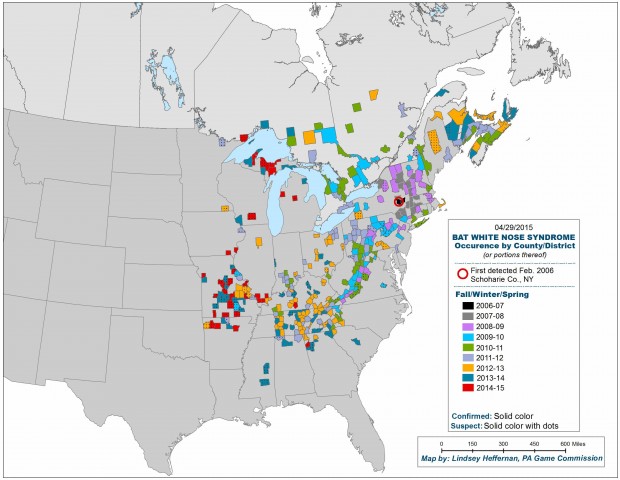 Michigan bats have had a tough year. Despite first being confirmed with the disease in 2014, the number of confirmed and suspect counties in the state is already up to 12, with 7 of the additions coming since January.

Produced by Lindsey Heffernan of the Pennsylvania Game Commission, the map shows the confirmed and suspected occurrences of WNS by county/district from its initial discovery in 2006 through April 29th, 2015.