Kentucky ‘s Barren County was added to the white-nose syndrome map in an update on Friday February 13th, 2015 as a suspect jurisdiction. 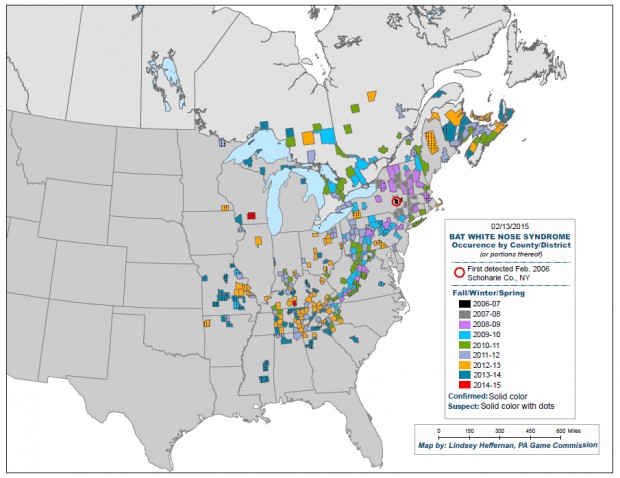 The addition comes following the sighting of a Little Brown Bat with obvious symptoms of the disease.

Produced by Lindsey Heffernan of the Pennsylvania Game Commission, the map shows the confirmed and suspected occurrences of WNS by county/district from its initial discovery in 2006 through February 13, 2015.