Georgia’s Floyd County is the newest suspect jurisdiction after it was added during the latest white-nose syndrome map update released on April 9th. 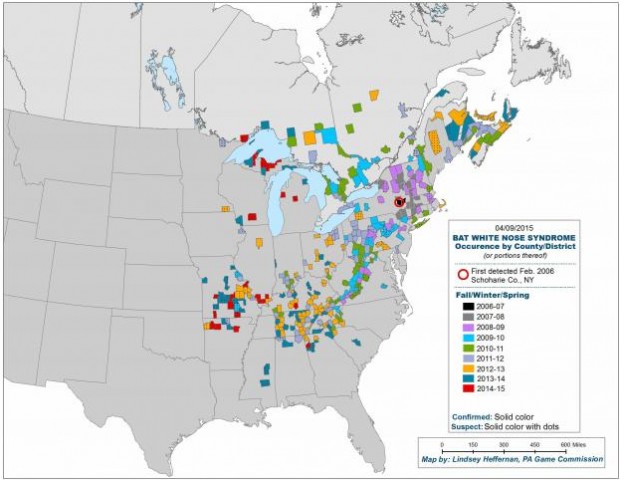 The county was added following the discovery bats with obvious signs of the disease and positive swabs taken from bats in a cave that in previous years had tested negative for the fungus.

Produced by Lindsey Heffernan of the Pennsylvania Game Commission, the map shows the confirmed and suspected occurrences of WNS by county/district from its initial discovery in 2006 through April 9th, 2015.