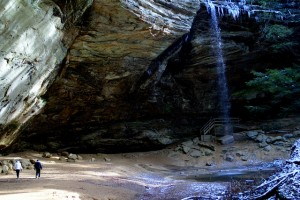 Nearing the end of December, it’s now time for a review of the ten most popular news items published on Caving News in the last 30 days.

Bumped from its usual spot on the last day of the month by tomorrows upcoming look back on the top caving news of 2012, this monthly recap gives you, our valued reader, a chance to see what other readers found interesting, and to allow you to catch anything important you may have missed.

And now, here are December 2012’s most popular articles of caving news, ordered by the number of views.