Compete in the 2012 Speleo Photo of the Year Contest 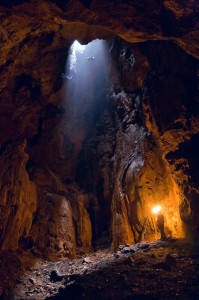 The seventh annual Speleo Photo of the Year cave photography contest has begun.

Sponsored and organized by the Lithuanian caving club Aenigma, the contest is open to cavers around the world who have taken a beautiful or interesting cave related photo in 2012.

This year, prizes, including a Petzl Ascension ascender, two Petzl Stop descenders, and Aenigma t-shirts, will be awarded to the first, second and third place winners.

Photos can be submitted by emailing [email protected], and will be accepted until December 31st, 2012.

After the deadline, photos will be organized into categories and, from January 8th to February 7, 2013, will be exhibited online to allow public voting. These votes will be used to help guide a jury of five professional cave photographers in choosing the final winners.