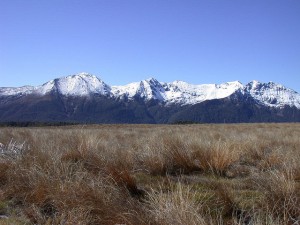 Cavers exploring in New Zealand’s Kahurangi National Park have discovered a new cave with what discoverers are calling most impressive entrance in the country.

The cave, dubbed Te Manui, was found during an expedition last week by a group 15 cavers, including two french speleologists. They had been exploring the drainage area of the Tablelands on the western side of Mount Arthur, a rugged region eroded into huge riffs, with cliffs everywhere.

Discovered by Nelson’s Rod Woodward and Kevin Pascoe of Canterbury, the two had opted to scour the opposite side of a cliff from where the rest of the group were searching.

I looked around the corner into this small valley and there was this massive cave entrance. There is a huge arch over the entrance which is about 30-metres wide and 15m high – it’s the most impressive cave entrance in New Zealand. Rod Woodward, one of the Discoverers of Te Manui