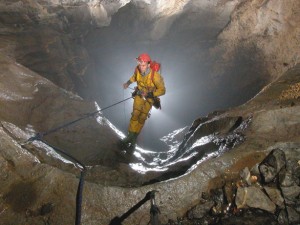 An international expedition to visit the world’s highest caves is underway in the Andes mountains of Peru.

The team, made up of cavers from Canada, Australia, New Zealand, and the UK, departed on their six week long adventure in late September.

Split into two parts, the first three weeks of the expedition will be spent in the Cajamarca area in northern Peru, where in 2010 a sinking river was located. Meanwhile, the final three weeks will take the group to the area around the Puyo valley to continue explorations of caves started during earlier expeditions.

To check in with the progress and follow along the remainder of the trip, which continues until the beginning of November, visit the expedition journal at peru.commscentral.net.

Update: The expedition rewrote the list of the world’s highest caves.