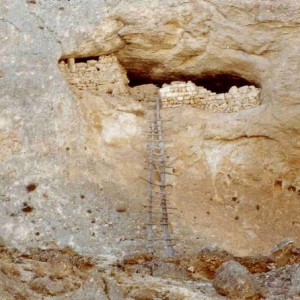 To escape the ongoing violence of Syria‘s civil war, many schools have been left abandoned. While some students have gone into hiding with their families, others attend schools operating underground, in caves.

With the now daily use unguided bombs and imprecise artillery and mortars being used in residential areas, the number of civilian casualties is significantly increasing.

In some cases, schools are even being targets, as the Syrian government claims that rebels have used them as bomb-making factories and for weapon storage.

As a result, this past September the Syrian government confirmed that over 2,000 of the country’s 22,000 schools have been damaged or destroyed.

Despite the lack of supplies, the small blackboard and the dim lighting of the cave classrooms, the students are eager to learn while they wait for the violence to end.