Canada’s westernmost confirmation has been extended after an area, which includes Quetico Provincial Park, was added during the latest white-nose syndrome map update released on May 1st. 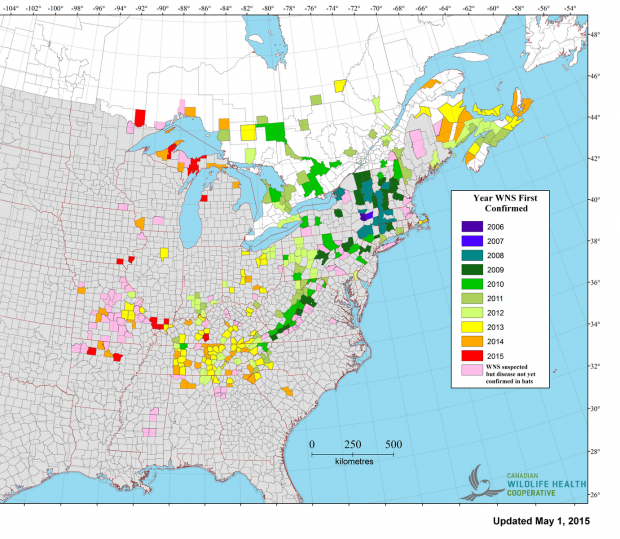 The confirmation jurisdiction is nearly directly across the border from St. Louis County, Minnesota where P. Destructans was discovered in Soudan Underground Mine State Park from samples taken in 2012.

A further suspect jurisdiction has also been added near Nipigon, Ontario.

Produced by the Canadian Wildlife Health Cooperative, the map shows the confirmed and suspected occurrences of WNS by county/district from its initial discovery in 2006 through May 1st, 2015.