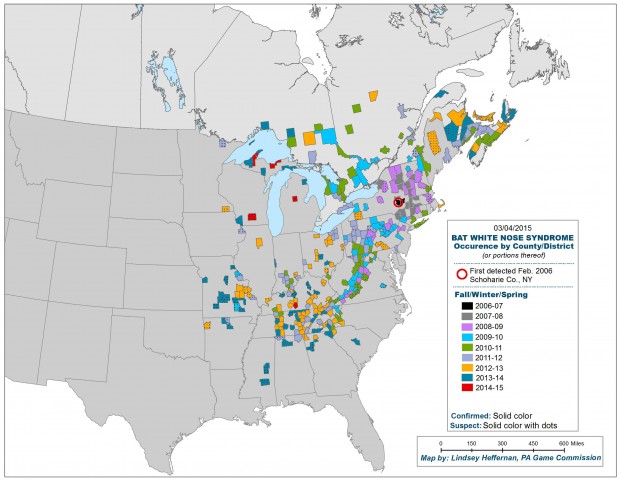 Alger and Houghton counties in Michigan have been confirmed positive for white-nose syndrome and Clare County, Michigan was listed as suspect for the disease.

The update also confirms Barren County, Kentucky which was added in the February 13th WNS map update as a suspect jurisdiction.

It does not yet however reflect the recent confirmations of four additional Illinois counties. Another update can be expected shortly.

Produced by Lindsey Heffernan of the Pennsylvania Game Commission, the map shows the confirmed and suspected occurrences of WNS by county/district from its initial discovery in 2006 through March 4th, 2015.