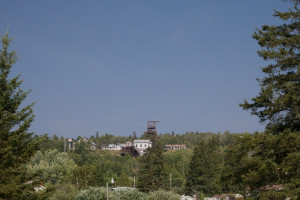 Minnesota’s Soudan Underground Mine and Forestville/Mystery Cave State Parks have both just tested positive for Pseudogymnoascus destructans, the fungus that causes white-nose syndrome.

Minnesota Department of Natural Resources announced the findings on Friday after four bats, three little brown bats and one northern long-eared bat, were detected with the fungus.

The infected bats were sampled in Soudan Underground Mine in 2012 and at Mystery Cave earlier this year as part of a national study funded by the National Science Foundation, led by researchers at University of California Santa Cruz and Northern Arizona University.

This is bad news for an important mammal in our ecosystem. We’re prepared with special protocols to help keep the fungus from spreading. Steve Hirsch, Minnesota DNR’s Ecological and Water Resources Division Director

Soudan Underground Mine and Mystery Cave will remain open and tours will now include a brief lesson on how visitors can prevent the spread of the fungus.

Education is one of the most effective tools we have to slow the spread of the disease. Ed Quinn, Minnesota DNR’s Parks and Trails Division natural resource coordinator

To try to prevent further spreading of the fungus, all visitors will now be required to walk across special mats designed to remove spores from footwear and advised not to visit any other caves or mines with any clothing, footwear or gear they have used in areas where white nose syndrome or the associated fungus is found.

With this latest confirmation, Pseudogymnoascus destructans/WNS has now been confirmed in 24 states and five Canadian provinces.