The four recently confirmed Illinois counties were added to the white-nose syndrome map along with seven suspect Missouri counties in a big update on Thursday March 12th, 2015. 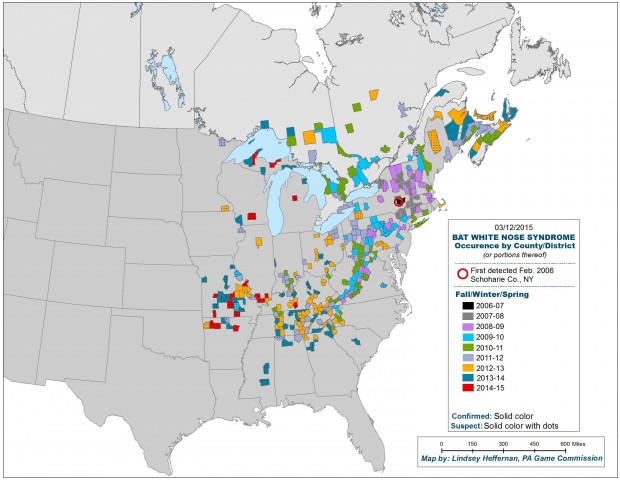 Reported first on March 3rd, five bats submitted from Union, Saline, Johnson, and Jackson counties in Illinois were confirmed with the disease.

Produced by Lindsey Heffernan of the Pennsylvania Game Commission, the map shows the confirmed and suspected occurrences of WNS by county/district from its initial discovery in 2006 through March 12th, 2015.