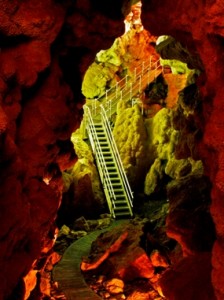 Part of the Scenic Tour route in Jewel Cave. Photo by Eric Dodd via NPS

Jewel Cave National Monument is requesting public comment on a plan to increase the cost of its cave tour tickets in 2014.

The news follows a trend of other US state and federal cave parks who are also raising their cave tour ticket prices.

At Jewel, the cave tour fees, unchanged since 2000, would increase from the current cost of $8.00 to $12.00 for adults on the Scenic and Historic Lantern Tours, while youth ticket prices would increase from the current $4.00 to $8.00. The off-trail Wild Caving Tour would be increased $27.00 to $31.00 and the 20-minute long Discovery Tour would remain unchanged at $4.00 for adults and free for youth.

The increase will go towards fighting the rising costs of keeping the cave open, specifically increasing utility, electrical and elevator maintenance expenses which are growing faster than government funding that is unable to keep pace with inflation.

As part of the change, new advanced cave tour reservations would also be adopted to allow the public to purchase tickets online 24/7 and through a national call center with extended hours of operation. These changes are being proposed to alleviate concerns visitors have expressed with the current staff based ticket sales, such as busy phone lines and lack of an online reservation service.

Unfortunately, as with other ticket retailers, a “surcharge” for the added convenience of advanced ticket sales will be added to each purchase.

Fee increases are a balancing act between an expected level of visitor services, such as programs, activities, and facilities, while maintaining affordable ticket prices for the general public. We realize that increasing fees may cause concern with some visitors; however, we are confident that the improved customer service far outweighs the ticket prices. Larry Johnson, Jewel Cave National Monument Superintendent

If the proposal is approved by the Director of the National Park Service, ticket prices will increase on (or around) January 1st, 2014.