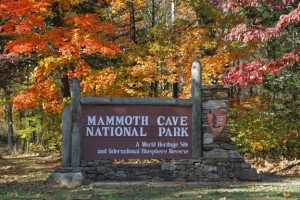 The announcement was made on Friday by Park Superintendent Sarah Craighead, who cited the reason for the increase as, “the cost of doing business has gone up.”

Specifically, the cost of bus transportation has risen some $2 per tour over the past seven years. As a result, the Park hopes to raise the fee on eight cave tours that require bus transportation: New Entrance, Frozen Niagara, Grand Avenue, Great Onyx, Snowball, Wild Cave, Introduction to Caving, and the Violet City Lantern tours.

We would like to hear what our visitors and neighbors think about our proposal to increase the cost of the cave tour fees. At present we are charging the same for cave tours as we did in 2007. Sarah Craighead, Mammoth Cave National Park Superintendent

Park staff are also required to compare the cost of Mammoth Cave tours with the cost of privately operated cave tours.

The recreation fee program has funded millions of dollars in initiatives and projects at Mammoth Cave. Part of the new visitor center was funding with fee dollars, but we also use it to repair trails, roads and campsites, cover the cost of tour guides, and mitigate against the spread of White-Nose Syndrome in bats. Fee dollars also support the Park environmental education programs which work with many local schools. Sarah Craighead, Mammoth Cave National Park Superintendent

The proposed increase would take effect in 2014.

Not the first park to propose raising its fees, Mammoth Cave National Park follows the growing trend of recent fee increases, with an increase at New Mexico’s Carlsbad Caverns National and a proposed increase at Arizona’s Kartchner Caverns State Park.