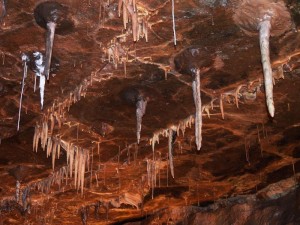 As usual we’ve had some excellent responses to our weekly Ask Cavers questions, with folks sharing how they would deal with being lost in a cave, how many sets of caving gear they own, and their reasons for bringing a mobile phone underground.

Now, without further ado, we count down August 2013′s most popular articles of caving news, ordered by the number of views.