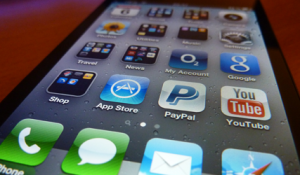 A digital guide of Carlsbad Caverns National Park will soon be available in Apple’s App Store.

The prototype app, dubbed iCaverns, was unveiled last week during the 16th International Congress of Speleology in the Czech Republic.

Developed by mykhaelsoft, owned by Carlsbad native Michael Hernandez, the app is not connected to the park, although it has received its blessing.

The app will contain maps of all the cave tours, as well as descriptions and a history of the cave written by local geologists Diane and Mark Joop. In addition, videos of the caves and professional animations will provide users who won’t be visiting the park a way to see what they’re missing.

Expected to be released in November, the still unpriced app will be available in 155 countries and 34 languages for Apple’s iPod Touch, iPhone and iPad. There are no plans to release it for Android devices.

Going to Carlsbad Caverns? There’s an app for that [Carlsbad Current-Argus]