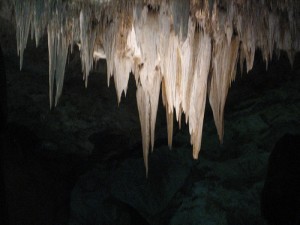 A National Park Service report shows that the more than 400,000 visitors that visited Carlsbad Caverns National Park in 2010, spent over $23 million USD in the park and its surrounding communities.

That visitor spending directly contributed to more than 346 jobs in the region.

The report stems from an annual analysis conducted by Dr. Daniel Stynes of Michigan State University for the National Park Service.

The park has a measurable economic value in addition to the benefit to the communities’ quality of life, as a place to spend family time, learn, hike, watch wildlife and look at the stars. John Benjamin, Carlsbad Caverns National Park Superintendent