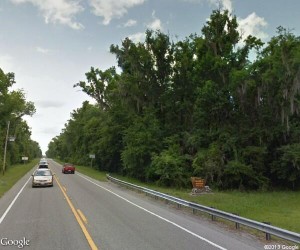 Florida’s Citrus County Fire Rescue came to the aid of a woman in Withlacoochee State Forest this past Friday evening after she reportedly fell 9 meters (30 feet) into a cave.

After arriving on scene a team from Engine 181, along Tech Rescue 71, initiated rescue operations in conjunction with State Forestry and Nature Coast EMS.

The injured woman, whose name was not released, was eventually rescued from the cave and airlifted to Hudson’s Bayonet Point Regional Medical Center for further treatment.