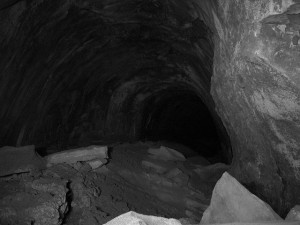 A woman was rescued from an Arizona lava tube on Saturday after she fell and hit her head.

Summit Fire Department, Guardian Medical Transport and volunteers from Coconino County Search and Rescue were called to the Lava River Cave, near Flagstaff, at about 7:00 pm to rescue a 34-year-old Flagstaff woman who was hurt inside the cave.

Lava River Cave is a lava tube cave in northern Arizona’s Coconino National Forest. At approximately 1.21 km (0.75-mile) long, it is the longest cave of this kind known in Arizona.

During the rescue, which was complicated by ice, darkness and the difficult terrain, a system of ropes and pulleys was used to extract the woman who was first secured to prevent any further aggravation to her injuries.

Once removed from the cave, the woman was taken by ambulance to the Flagstaff Medical Center, where she was treated for a concussion and a leg injury.