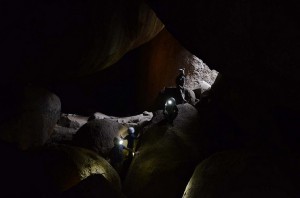 One of the first caving expeditions to the Kingdom of Swaziland in southern Africa has returned.

Estimated to be between 4 and 6 kilometers (2.5 to 3.7 miles) long, Gobholo Cave has the potential to be the world’s longest (and most impressive) boulder caves.

The expedition, essentially a reconnaissance trip, was successful in surveying and mapping about 360 meters (1180 feet) of cave as well as collecting speleothems and cave life for later analysis. 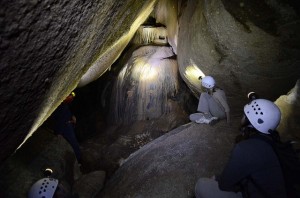 In addition, surface explorations by the team revealed another cave estimated to be some 80 to 100 meters (262 to 328 meters) long, as well as other unexplored entrances that are suspected to connect to Gobholo Cave.

A future expedition back to Swaziland is already in the works. In the mean time, follow the results of the analysis of the specimens by visiting the expedition website, gobholocave.wordpress.com.