Climber Rescued on Mount Eldon After Fall into Cave 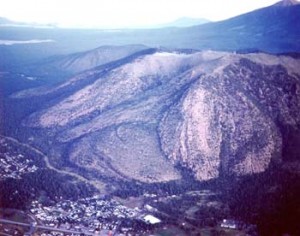 Rescuers came to the aid of a man who became stranded on Arizona’s Mount Eldon this past Wednesday after falling into a cave.

The 29-year old man had been rock climbing on Mount Eldon when he fell into a cave around 3:00pm. A fractured ankle left him unable to climb back down.

A team of technical rescue technicians, firefighters and paramedics from the Flagstaff Fire Department and Guardian Medical Transport attended the scene.

The operation, which lasted two-hours, saw the man loaded into a rescue litter and lowered down the 150-foot cliffs before being transported to Flagstaff Medical Center for further treatment.