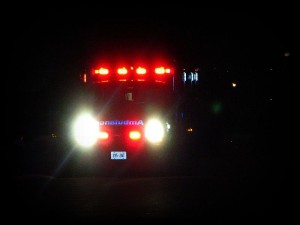 A 21-year-old man is in hospital with several broken bones after he fell into a hole while exploring caves in southern Tennessee on Saturday.

Steven Toushton was part of a group of 17 people from Georgia Tech who were exploring a cave in Sherwood, when he fell into a hole at around 2:30 pm.

Others in the group immediately called for assistance.

Members of the Hamilton County Rescue Squad, the Crow Creek Fire Department and Franklin County’s rescue squad, sheriff’s office and Rural Metro paramedics attended the scene and worked to rescue Touchton from the hole, estimated to be about 12 meters (40 feet) deep.

When they finally got him out at around 8:20 pm, he was taken by helicopter to Vanderbilt Medical Center in Nashville.

Rescuers pull Georgia Tech student out of a Franklin County cave, airlift him to Erlanger in Chattanooga [timesfreepress.com] & Man Rescued From Cave [newschannel5.com]