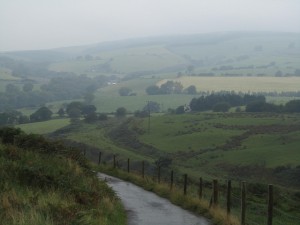 The South and Mid Wales Cave Rescue Team recently came to the aid of a puppy who became trapped underground.

The puppy, a six-month-old terrier named Taz, spent two days underground after it ventured into a deep rabbit hole and was unable to get out.

The RSPCA attended the scene in Porth on March 18th, where the animal’s cries could be heard above the ground. After their own efforts failed, they contacted the South and Mid Wales Cave Rescue who sent out a team of seven.

Eventually at around 11:00pm, the dog, unharmed except for a few grazes, was freed and returned to her owners who were extremely glad to have her back.

Thanks to the sterling work of the South and Mid Wales Cave Rescue team, this story had a happy ending. Christine McNeil, RSPCA inspector

Terrier Taz gets a little too adventurous [walesonline.co.uk]