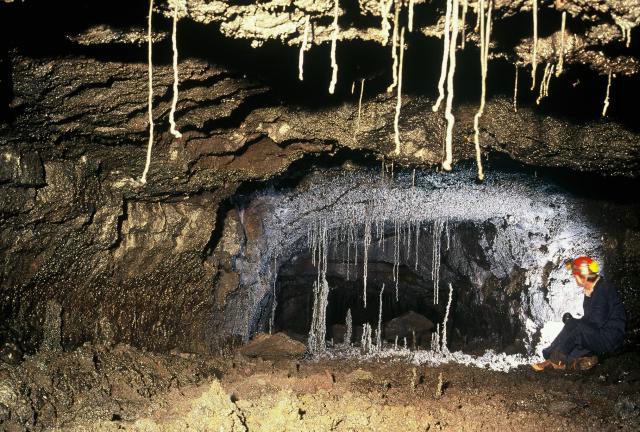 Photo by Árni B Stefánsson via Skessuhorn

First studied in 1993 during a joint Icelandic and American expedition led by caver Jay Reich. During the expedition, the lava tube was discovered to be more than four kilometer’s (two and a half miles) long, one of Iceland’s longest.

The cave, located in western Iceland, was protected in order to preserve it’s extremely unique mineral formations, which include stalactites and soda straws that occur in a 500 meter (1,640 foot) long section of the cave.

Home to one of the longest soda straws in the world at 1.65 meters (5.4 feet) long, the sensitve area of the cave is strictly forbidden unless urgent public interests are at stake.