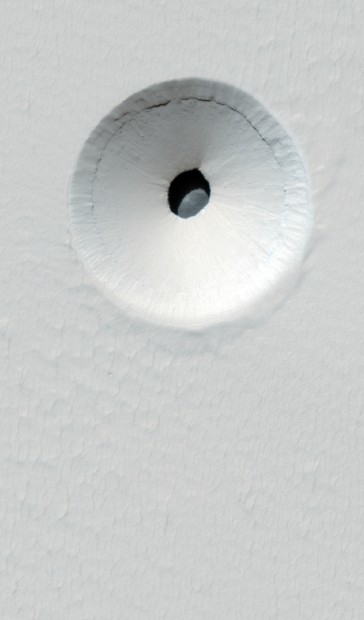 A photo taken by the Mars Reconnaissance Orbiter this past July seems to indicate a sinkhole with an opening in the bottom.

Experts have calculated that given the angle of the shadows, the vertical distance from the opening to the bottom of the put is approximately 20 meters (65 feet).

While common on Mars, it is believed that these skylights enter into lava tubes from long extinct martian volcanoes. This particular sinkhole is located not far from Pavonis Mons, a known (long-dead) Martian volcano

The skylight itself is estimated to be about 35 meters (115 feet) across, which would make the rim about 175 meters (nearly 600 feet) across.