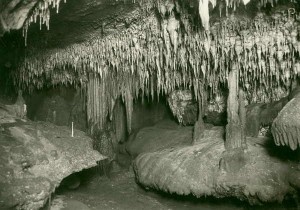 A woman was rescued from an Australian Cave over the weekend after she suffered an apparent broken ankle, that left her unable to exit.

The Age reports that the woman, a tourist believed to her 30’s, was with her husband in one of Victoria’s popular Buchan Caves on Sunday when she fell and injured her ankle.

Ambulance Victoria received the initial call shortly after 1:00pm and dispatched four units to the caves. Later search and rescue team were also dispatched to the scene to help extricate the woman, who was unable to walk.

Within the caves, there is a five-metre steep slope that they have to get her up. Country Fire Authority spokesman

With the difficulty of extraction, it would seem that the incident did not occur either Royal Cave and the Fairy Cave, the two developed caves in the reserve which are equipped with lights and pathways.

After being trapped in the cave for over eight hours, the woman was finally brought to the surface at 9:31pm.

Located some 360 kilometres (220 miles) east of Melbourne, the series of caves that make up the Buchan Caves Reserve have a total length of between 3 and 4 kilometres (1.9 and 2.5 miles).