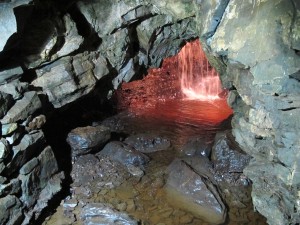 Yorkshire’s Cave Rescue Organisation came to the aid of a man who collapsed during a guided tour of White Scar Cave over the weekend.

With a team already dealing with incident involving a walker near Pen y ghent, a second call-out just before 1:00pm mobilized another team.

They ventured into the far end of White Scar Cave near the ‘Battlefield’ cavern, where the man was reported to have collapsed.

Upon arrival at the site, team members helped Ambulance Service paramedics reach the casualty and subsequently stretchered the gentleman out of the cave to a waiting ambulance. The Yorkshire Air Ambulance also attended the incident but was not required.

Meanwhile the first team eventually succeeded in locating the walker and returning her to safety.

These were the 45th and 46th call outs of the year for the CRO.