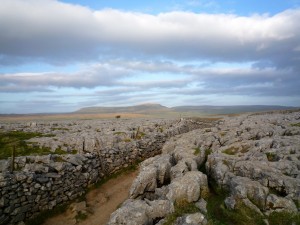 Easter Sunday proved to be a busy day for the Clampham based Cave Rescue Organisation with three separate call outs in a matter of hours.

The team was alerted to the first incident at around 3:20pm, after a climber slipped and fell about 30 feet (10 meters) while walking between pitches at ‘Hollywood Bowl’.

The 36-year-old female casualty, who sustained suspected head, neck, back and pelvic injuries, was given initial treatment by team members and ambulance personnel, before being carried by stretcher to a road ambulance.

She was later transferred to an air ambulance on her way to hospital.

Just after team members had finished clearing up from the incident, there was a report of two cavers stuck in King Pot.

Three teams of two cavers entered the pot and managed to assist the cavers, one male and one female, who had encountered problems at T piece passage. The cavers were then escorted to the surface, and made their way off the hill under their own steam, before being given a lift back to their car.

Meanwhile, another yet call out had received. This one was to search for three walkers who were lost in poor visibility near Sulber Nick.

Three team members were dispatched in team vehicle to find the walkers, who were escorted down to their car in Horton in Ribblesdale.

All told the various teams invested 190 volunteer hours to make sure everyone made it home.