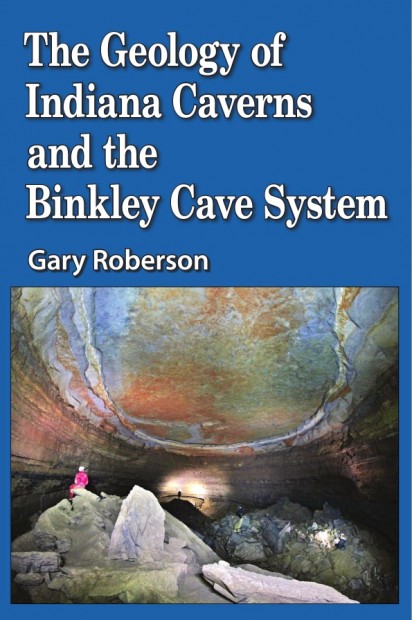 Learn about the geology, hydrology and history of Indiana’s Binkley Cave System, home to Indiana Caverns, in a new book by caver Gary Roberson.

Titled The Geology of Indiana Caverns and the Binkley Cave System, the book retraces a fascinating journey through time, from the bottom of a shallow sea millions of years ago to what is now a 41.8 mile (67.2 kilometer) long cave system—one of America’s longest.

It includes chapters on everything from the bedrock of the Mitchell Plain, underground drainage patterns and geologic structure to fossils and speleothems. It even attempts to look into what the future may hold for the vast cave system.

Although not a trained Geologist, Roberson is a life-long caver and show cave developer who has spent decades working and exploring with geologists and speleologists, notably Art Palmer and Richard Powell.

Roberson started his show cave career developing Squire Boone Caverns between 1971 and 1973 before moving on to Marengo Cave National Landmark where he spent 28 years re-developing the cave and managing and expanding operations. Most recently, he returned to the Binkley cave system where he and other cavers began developing a newly discovered section of the as Indiana Caverns. It opened to the public in 2013.