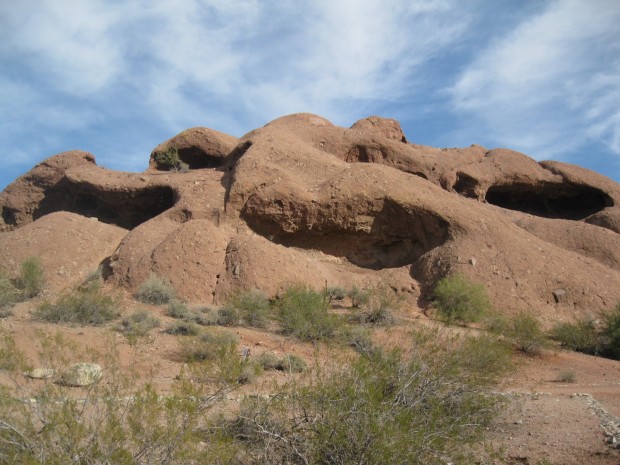 Firefighters came to the aid of a woman who found herself unable to get down from a cave in Papago Park in Phoenix, Arizona on Sunday.

azfamily.com reports that the woman, who has just moved to the area three weeks ago, had wandered off trail and became trapped in a cave, unable to get out.

Approximately 16 firefighters, who are trained in mountain rescue, responded to the call.

During the two-hour rescue, firefighter set up anchors before one of them rappelled down to the cave to put the woman in a harness. The pair then continued to rappel down some 350 feet (106 meters) until they reached an area where they could walk out together.

The woman was uninjured.