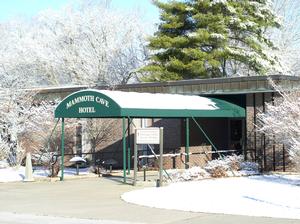 Mammoth Cave National Park is looking for public comments on the recently proposed improvements to the parks concession facilities.

The preferred plan will see the modernization of the Hotel Lodge and Sunset Terrace Lodge’s outdated utilities, mechanical systems, the interior and exterior renovation, as well as landscaping, of the Sunset Terrace Lodge, and the removal of the Heritage Trail wing.

The plan comes following a public scoping session in 2010 which showed that the public favored: clean, comfortable lodging, a majority stated an interest in rustic cabins; a variety of food/beverage options and affordable choices; and updated façade, landscaping, and amenities.

In developing this plan, we have considered available funding, what visitors need, the need for a concessioner to be able to profit, and how the concessions facilities could provide the best value to the government,” said Craighead. “We welcome public comment on this document. We hope to see many people at the open house and receive many written comments as well. Sarah Craighead, Mammoth Cave National Park Superintendent

For more information or to submit your comments online on the proposed improvements at the Mammoth Cave Hotel, visit the National Park Service park planning website.