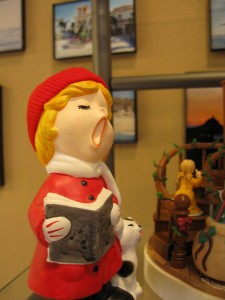 The free event, which began in 1980, keeps up a tradition of singing carols in the cave that dates back to 1883 when local residents held a Christmas celebration inside the mammoth cave.

Kicking off at 1:15 PM with story telling in the Mammoth Cave Hotel Rotunda room. Participants are asked to gather in the visitor center at 2:00PM to get ready to depart into the cave where they will hear the Lindsey Wilson College Singers and Commonwealth String Quartet, and the Glasgow Brass Quintet.

Afterward, around 3:30pm, complimentary refreshments will be served in the Mammoth Cave Hotel and the big guy himself, Santa Claus will make an appearance.