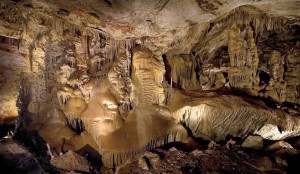 A new species of cave dwelling thread-legged bug, first discovered in Arizona’s Kartchner Caverns in 1990, has recently been described in the journal Zootaxa.

Adapted to prey on spiders, the insect, dubbed Phasmatocoris labyrinthicus, is part of a family that, despite being found in many other parts of the world, is generally uncommon.

In fact, it took researcher Robert Pape, with the University of Arizona in Tucson, 11 months before he found a living specimen during a two-year invertebrate survey conducted between 2009 and 2011 by Arizona State Parks.

Now properly documented, this discovery represents a significant range extension as most of the other species in the genus Phasmatocoris are found in the tropics where they live in rain forests and other non-cave habitats.

Its nearest relative is a yet undescribed species from Mazatlan, Mexico, which is over 1,000 km (620 miles) south.

Due to the lack of obvious cave adaptions, as well as its relatives being found in humid tropical environments, there is speculation that this species retreated to the cave sometime near the end of the last ice age when the Arizona climate changed to the semi-desert that exists today.