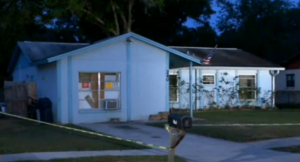 Nearly three months after Jeff Bush was killed when a sinkhole opened up under his home, two neighboring homes have now been demolished.

The two homes, both condemned shortly after the demolition of Bush home, were torn down this past Wednesday.

On Thursday February 28th, 2013 at around 11:00pm, 36-year-old Bush was asleep in his bedroom when the ground opened up beneath his Seffner home and swallowed him.

Despite efforts to rescue him, or at least recover his body, crews began demolishing the home a few days later after it was deemed too dangerous to continue the search for the missing man.