Listen to the WOWO 2012 Expedition Interview 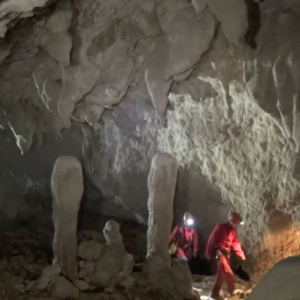 Footage from the Wowo 2012 Expedition.

This spring’s month-long trip to the Nakanai Ranges of West New Britain, saw the team of French and Swiss cavers survey another 11 kilometers (6.8 miles) of new passage in what is now the longest cave in New Britain.

Spending up to three days and two nights in the cave, the cavers encountered technical climbs and challenging sumps.

Since returning team has released a film of the expedition which premiered recently at a mountaineering film festival in Grenoble, France. To get a preview of the what the documentary might contain, check out a video of the expedition released earlier this year.

Listen to the interview on Radio Australia.