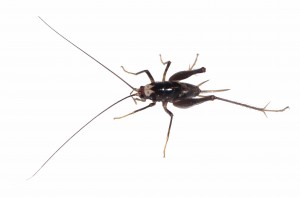 A newly discovered insect is one of many rare and endangered species that are threatened by the development of open-pit coal mine on the Denniston Plateau on New Zealand’s South Island.

The new species, unofficially named the Denniston white-faced cave weta, was one of more than 500 species identified during a bio-blitz back in March. The expedition, supported by the conservation organization Forest & Bird, which seeks to protect the area from the planned coal mine, was held to take an inventory of the biodiversity on the plateau prior to it being destroyed.

Receiving up to six meters (20 feet) of rainfall annually, the runoff has eroded the quartzose sandstone that makes up the plateau into unusual shapes and created a unique ecosystem that supports wildlife found nowhere else in the world.

Researchers at Massey University are now working on officially classifying the new weta. Already they have confirmed that it has a distinctive DNA sequence that sets it apart from the 70 other known wetas, some of the largest and heaviest flying insects in the world.