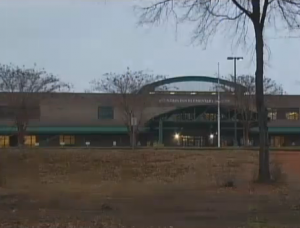 During the past three weeks, South Carolina’s Fountain Inn Elementary School has been having trouble with bats inside the building.

First seen in the school’s gymnasium, it was promptly closed by school officials while maintenance crews attempted to find where they were getting in.

Last week professional animal removal experts were brought in to help, and while they were working counted more than 300 bats.

Things escalated this Wednesday when a bat appeared in a fourth-grade classroom, and then on Thursday, another bat was found in the music room.

As a result of these appearances, school officials sent students home early on Thursday and cancelled classes on Friday.

Although the bats that have been captured have so far tested negative for rabies, the school is taking precautionary measures to try and prevent any exposure of students to the virus.