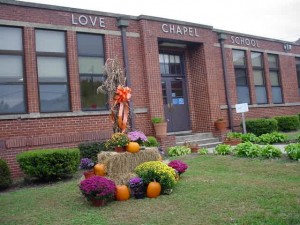 Classes have been cancelled at a Tennessee elementary school this week after a large sinkhole opened up only 9 meters (30 feet) away from the building.

A person walking their dog first discovered the sinkhole on the grounds of Love Chapel Elementary School in Erwin on Saturday.

Unicoi County public works crews spent Monday at the site, bringing in 61 truck loads of rock to fill the hole to within four feet of the surface. Dye was also added to the water in an attempt to track the water flow.

The second sinkhole to open in the area recently, the school is now waiting on the arrival of insurance adjusters to assess the situation while they scramble to figure out what to do with their students.